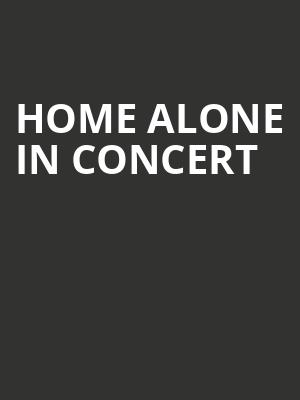 Williams created a heart-warming soundtrack with a beautiful main title and incorporated famous Christmas songs, such as "O Holy Night" and "Carol of the Bells"

Why See Home Alone in Concert?

This holiday season, experience a holiday classic like you've never seen it before, as Home Alone is transformed into a live concert with an orchestra. The movie is shown on a big screen accompanied by a live orchestra, performing the wonderful score composed by John Williams in a unique experience that brings new life to an essential Christmas movie.

Home Alone's timeless plot sees 8-year old Kevin McAllister (Macaulay Culkin) is unwittingly left behind as his family head out for their Christmas vacation, eventually finding himself having to defend his home from a pair of burglars using ingenious and hilarious techniques. Originally released in 1990, John Williams' score was nominated for two academy awards and the movie continues to be a regular fixture around the world each Christmastime!

Sound good to you? Share this page on social media and let your friends know about Home Alone in Concert at Abravanel Hall.