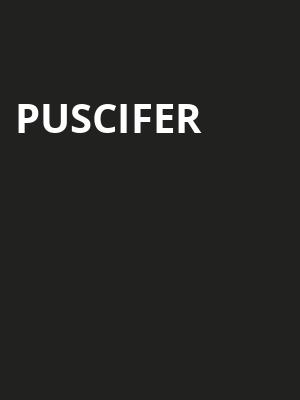 MJK takes his fascinating side project on their 'Existential Reckoning' tour

An Existential Reckoning with Puscifer!

Considered to be the side project of Maynard James Keenan (Tool and A Perfect Circle frontman) Puscifer is an eclectic electro industrial collective found in the space where alternative rock and absurdist theatrics collide. Core band members Mat Mitchell, Carina Round and MJK collaborate and create with a roster of rotating musicians, with past alumni include Primus' Tim Alexander and Mila Jovovich.

Considering the hard work and success of his career with his other bands, it seems Keenan is a wellspring of creative energy but those expecting a rock show format will be quite surprised to find that a Puscifer show is a heady mixture of cabaret, live comedy and performance. There's also an element of audience interaction, as seen in shows where Keenan often tweets at specific audience members during the show.

Sound good to you? Share this page on social media and let your friends know about Puscifer at Eccles Theater.