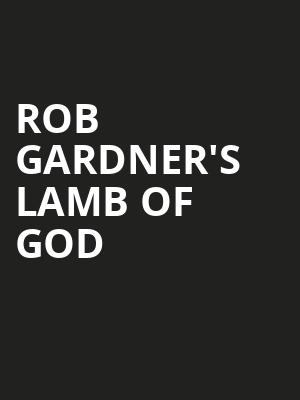 We've all seen first-hand the powerful emotional impact this music and message have on both the performers and the audience. It's a wonderful opportunity to bring a little light and hope into uncertain times

This easter promises to be extra special as this stunning interpretation of the Passion comes to the Eccles Theatre. Created by Rob Gardner, Lamb of God is a highly regarded musical experience that tells the story of the final days of Jesus Christ through the eyes of those that were closest to him. Featured soloists reprising their roles from the filmed version alongside the power of nearly 200 performers. This is one sacred event you won't want to miss.

Written back in 2010, Gardner's Lamb of God has filled concert halls across the world, from the Netherlands to Buenos Aires.

Sound good to you? Share this page on social media and let your friends know about Rob Gardner's Lamb of God at Eccles Theater.