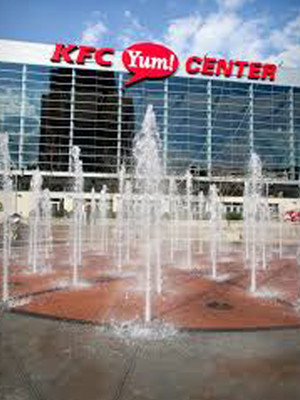 You can catch Jack Harlow at KFC Yum Center in Louisville, showing Dec 18, 2022

Jack Harlow is also touring to:

Kentucky-born rapper Jackman Thomas Harlow aka Jack Harlow is setting out on a mammoth North America tour in support of his debut album! 'Come Home The Kids Miss You' is the result of multiple hit singles from the emerging artist, culminating in a tour of the same name - and the chance to catch this rising star of rap live on stage!

The Grammy-nominated musician is on the up and up after being nominated as one of Forbes 30 Under 30 as well as Variety magazines 'Hitmaker of the Year' in 2021. He's collaborated with the likes of Eminem, Drake, JT, Lil Wayne and Pharrell, and will be supported on tour by hip hop duo City Girls.

Sound good to you? Share this page on social media and let your friends know about Jack Harlow at Maverik Center.