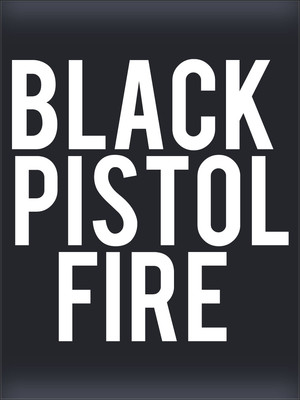 Their wild and energetic rock-and-roll sound has been described as a mix of classic southern rock and garage punk, garnering comparisons to early Kings of Leon, Creedence Clearwater Revival, The White Stripes, and Clutch.

Hailing from Austin Texas, vocalist and guitarist Kevin McKeown and drummer Eric Owens who make up rock band Black Pistol Fire are heading on a North American tour, kicking off in Vancouver's Commodore Ballroom. The band released their self-titled and self-released debut in 2011 and brought out their latest album 'Deadbeat Graffiti' in 2017.

The band are familiar with the festival circuit and have played at Sasquatch Music Festival, Lollapalooza, Austin City Limits and Bonnaroo. They have also been on the stage with bands including Black Rebel Motorcycle Club, Wolfmother and Band of Skulls.

Swanny: “Best Show of the Year!”

Sound good to you? Share this page on social media and let your friends know about Black Pistol Fire at Metro Music Hall.