Sorry! You missed Sabaton at Rockwell At The Complex 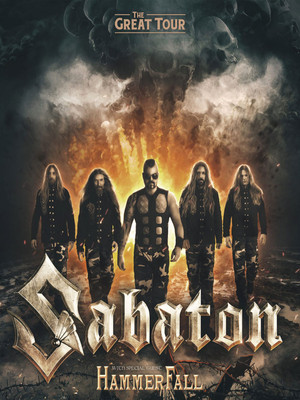 No heavy metal band in the world is better at bringing history and war to life with their music than Sweden's Sabaton.

Swedish power metal band Sabaton are celebrating their 20th anniversary this year. Formed in 1999 by bassist Pr Sundstrm and frontman Joakim Brodn, the band are named after a knight's foot armor which is a theme present in their lyrical content. Sabaton are known for their lyrics speaking on war and victory, sung through their powerful and intense vocals.

The band's upcoming ninth album, 'The Great War' drops on 19th July and is primarily inspired by the First World War. Speaking to Kerrang, the band described the album as being "the biggest album we have taken on so far."

Seen Sabaton? Loved it? Hated it?

Sound good to you? Share this page on social media and let your friends know about Sabaton at Rockwell At The Complex.