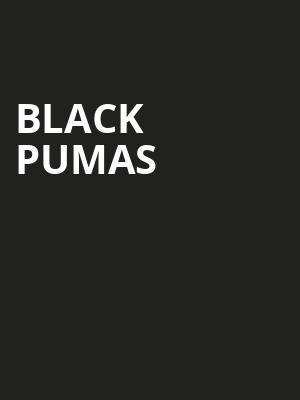 Black Pumas return for the second leg of their U.S. tour!

Black Pumas Return to the road!

Grammy-nominated psychedelic soul band Black Pumas are prowling their way into the holiday season for the second leg of their mammoth U.S. tour. In support of their self-titled album, the Black Pumas will also be bringing something new to this tour! In true holiday spirit, you'll get a chance to hear their cover of Lou Rawl's classic Christmas single "Christmas Will Really Be Christmas". It's going to be one festive party you don't want to skip.

From busking on the Santa Monica Pier to a Grammy-nominated band, singer and songwriter Eric Burton really proved that hard work pays off. After meeting partner Adrian Quesada through a mutual friend, the pair joined forces in 2018 and the Black Pumas was born. A year later their debut album was released which earned them a nod at the Grammy Awards for Best New Artist!

Don't miss your chance to see rising duo Black Pumas when they come to a town near you!

Sound good to you? Share this page on social media and let your friends know about Black Pumas at The Depot.