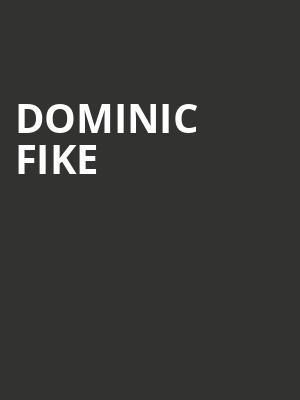 Dominic Fike is out of order

Rap rock newcomer Dominic Fike is going on tour! Catch the talented Floridian when he traverses North America on his 'Out Of Order' tour in 2022. He'll be taking on 24-dates on this Winter on this, his first headline tour since 2019. Fike will be performing songs from his first album, 2020's 'What Could Possibly Go Wrong', plus some new tunes too.

Fike first rose to fame in 2018 with the release of his demo EP, 'Don't Forget About Me, Demos'. Well, we didn't. Because shortly afterward a bidding war commenced and he was signed to Columbia Records. He's since has some help from famous fiends, hip hop boy band BROCKHAMPTON. But for the most part, it's his musical talents that have made him go from Soundcloud star to one of the top artists to watch in the music scene. You may also recognise him from HBO teen drama series Euphoria, where he plays the role of Elliot.

Sound good to you? Share this page on social media and let your friends know about Dominic Fike at The Depot.