Sorry! You missed Granger Smith at The Depot 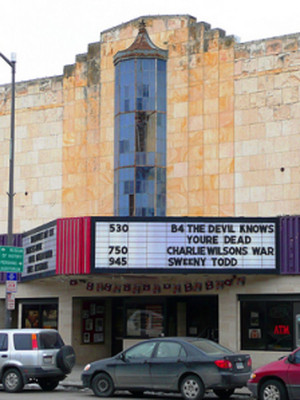 You can catch Granger Smith at Bourbon Theatre in Lincoln, showing Dec 17, 2021

Granger Smith is also touring to:

As an artist who is balancing these two distinct personalities and skillfully incorporating them into one thriving enterprise, Smith is one of a kind in country music. Or, as Dibbles might say, only in Merica, folks.

Living by the motto 'country music makes the good times better and the hard times easier', rising country superstar Granger Smith was born and raised in Texas, and turned his attention to guitar at the tender age of 14 because his hero George Strait played one and he thought it'd attract the attention of the fairer sex. Little did he know, it wasn't long before he was playing across small-town stages across his home state and at 19 years old he released his debut album with the backing of a major label.

Moving to Nashville was the young star's next move, followed by the release of his 2013 seminal album Dirt Road Driveway, which hit the top of the Country Charts, paved the way for performances at the White House and for soldiers in Iraq, as well as the introduced the world to his shotgun-toting, redneck alter ego Earl Dibbles Jr. who continues to make comic appearances on stage and on Smith's records.

Sound good to you? Share this page on social media and let your friends know about Granger Smith at The Depot.