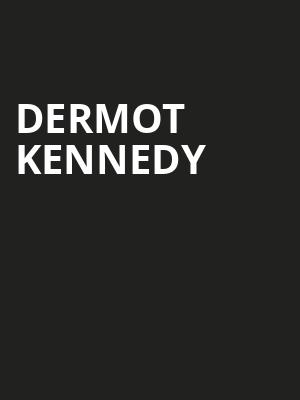 Photo by 42 North on Unsplash

Angels, demons, ghosts, memories and all the dimensions of love haunt Irish songwriter Dermot Kennedy. He has a grainy, melancholy voice that can crest with a howling rasp; he's an acknowledged fan of David Gray.

Finding the perfect balance between extremes both thematically and sonically, whether that be lyrical explorations of life and death, love and loss, or the heady juxtaposition of Bon Iver-esque indie arrangements and R&B/hip hop production values that call to mind Drake, up-and-coming Irish singer-songwriter Dermot Kennedy and his poetic vision has proved a huge success both in his home territories and stateside. Catch the rising star as he returns with his new headline tour this year.

Kennedy has a musical maturity that belies his young years, which not only blossoms in his emotive songwriting, but his spellbinding live performances as well. No stranger to selling out venues from Cologne to Chicago, the performer's powerful, husky vocals command the attention of even the chattiest concertgoers at the back of the room. His charismatic stage presence weaves together hypnotic grooves, wistful melodies and soaring choruses that audiences just can't help but sing along to.

Maybe lacks a real signature song, but boy what a voice and set.. the crowd... more

Amazing concert from beginning to end, all hits, all emotions. So much... more

Sound good to you? Share this page on social media and let your friends know about Dermot Kennedy at The Grand At The Complex.