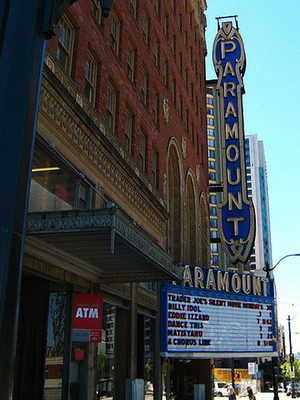 You can catch Hiatus Kaiyote at Paramount Theatre in Seattle, showing Feb 22, 2023

Hiatus Kaiyote is also touring to:

Hiatus Kaiyote is the future of soul!

Melbourne natives and Future Soul innovators Hiatus Kaiyote describe their sound as "multi-dimensional", "polyrhythmic" and "gangster" - their love of genre-bending and blending certainly does make it difficult to pin down. Led by the enigmatic and eclectic vocalist/guitarist Nai Palm, the quartet burst onto the international scene in 2013 with their critically acclaimed debut album Tawk Tomahawk. Fans of the band include Questlove, Erykah Badu and Q-tip.

The 2021 studio album 'Mood Valiant' marks the bands first release since 2015! Don't miss out on a chance to see these high-risers on their way to making musical history.

Sound good to you? Share this page on social media and let your friends know about at Union Event Center.