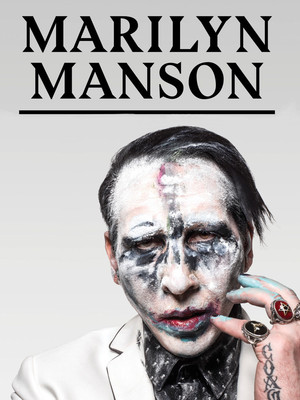 "Born Villain" finds a seemingly refreshed and clear-minded Manson and his band poring through a diverse set of moods and styles in songs that cut a little deeper than the deliberate provocation of many of his previous works.

Brian Hugh Warner, the self-styled "Antichrist Superstar," is the most widely recognised mainstream antihero, becoming a bogeyman for politicians and concerned parents across America during the Nineties and early 2000s. His anarchic vision of dark, arty, industrial "suicide rock" metal paved the way for many of his singles (including "The Dope Show," "The Beautiful People," and a cover of Eurythmics' "Sweet Dreams (Are Made of This)") into the upper echelons of the modern rock charts. Now the Nu-metal icon and king of controversy returns this year with his fall tour!

Marilyn Manson has embarked on several co-healinging tours in recent years, alongside The Smashing Pumpkins and Slipknot!

I saw see Manson last year in Milwaukee, and he was on fire. Great show.... more

Great performance still puts on a great show not like in the early 2000's... more

Sound good to you? Share this page on social media and let your friends know about Marilyn Manson at Union Event Center.