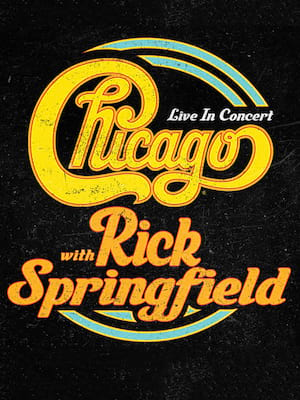 Why See Chicago - The Band?

One of the giants of American rock, Chicago are still going strong after half a century! The self-proclaimed 'Rock & Roll band with horns' produced hit after hit in the '70s and '80s, including the iconic ballad 'If You Leave Me Now', as well as 'Baby, What A Big Surprise' and 'Old Days'. Their blend of soft rock, jazz and pop saw them shift over 100 million records worldwide, and they stand as second only to The Beach Boys in the list of Billboard's best charting American bands.

Not content to trot out a greatest hits set every time, Chicago continue to expand on their legacy with new material. Now in their 53rd consecutive year of touring, don't miss them on their 2020 summer trek where they'll share the bill with rocker Rick Springfield!

What a fabulous show. Possibly one of the best concerts I've ever been... more

they sounded great nice place to see a concert much better than the count... more

Sound good to you? Share this page on social media and let your friends know about Chicago - The Band at Usana Amphitheatre.